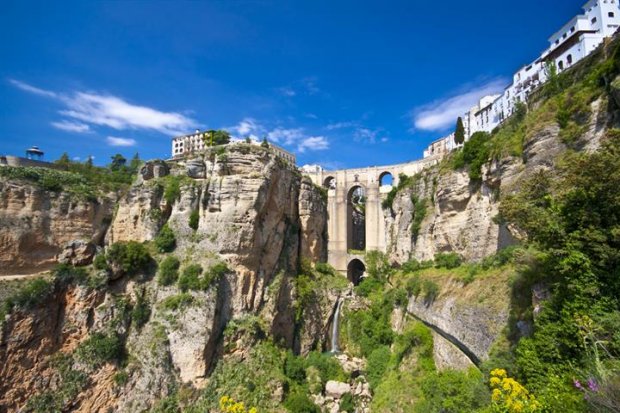 Without doubt the Costa del Sol is one of the most popular tourist destinations in the world. Stretching from Almeria to Tarifa, it caters for all tastes, ages and nationalities; with such a wide range of facilities and attractions, there is something for everyone to enjoy.

Miles of sandy beaches, fantastic all year round warm climate and modern facilities keep tourists flocking back year after year to resorts such as Torremolinos, Benalmadena, Fuengirola, Marbella
and Estepona.

East of Malaga is less popular than west, but no less appealing, from Rincon de la Victoria, Torre del Mar and Velez Malaga, to Nerja; the area combines beautiful coastline, with
white-washed villages and some of the most spectacular inland scenery of the Axarquía.

History & Culture
The area’s history dates back to the Phoenicians and has since been inhabited by Greeks, Romans and Moors, all of whom have left their mark on the architecture and culture of the region.

The Costa del Sol is as much steeped in culture as any other region of Andalucia; from Picasso, to
bullfighting, flamenco to the colourful ferias, the region has an immense cultural offering.

Malaga is the capital city of the province of Malaga and Andalucía’s second largest city with 600, 000 inhabitants. The locals are very friendly and extroverted people, which could have something to do with the great year-round weather, fabulous Mediterranean diet or simply because they live in a beautiful, cultural city by the sea.

The seaside resort of Benalmadena has grown rapidly in recent decades due to tourism and has become one of the Costa del Sol's prime locations.

Fuengirola is situated between Malaga and Marbella, close to the towns of Mijas and Benalmadena, it is one of the most popular tourist towns on the Costa del Sol; it’s a great holiday choice for families and children with its fantastic offering of beach, facilities and activities.

Marbella is one of the Mediterranean’s most representative tourist venues and a top favourite for holidaymakers. Its impressive and luxurious infrastructure of yacht harbours, golf courses, fine dining, nightlife, great beaches, medical facilities and its closeness to Malaga airport, are key all reasons why so many holidaymakers choose Marbella as their favourite destination.

Estepona is one of the most popular destinations for both tourists and foreign residents alike on the Costa del Sol, yet even today it still manages to retain it’s old Andalusian charm. Located at the western end of the Costa del Sol at the foot of the Sierra Bermeja mountains.

@marydoublebles1 @Airbnb I love Spain but Costa Del Sol is my favorite. I would like to go back Very soon. Great vacay destination.

@Revolution🐊: Brits now saying no freedom of movement from EU after #Brexit. Will Spain get to reclaim Costa Del Sol?

RT @Airbnb: Time spent with family creates lasting memories, and even first-time experiences. They can be anywhere, including Spain's Costa…