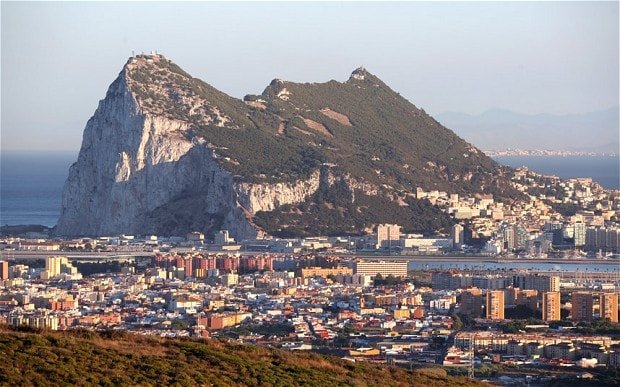 Every once in a while, usually during a domestic Spanish scandal, Spain decides to kick up a fuss about British rule of Gibraltar. Eventually it all comes to nothing. Nevertheless, it's worth going through the main reasons why Gibraltar is not Spanish, and won't be anytime soon.

1. It is British "in perpetuity"

Lets be clear from the outset. Spain's legal claim to Gibraltar is weak. It does not dispute the Treaty of Utrecht of 1713, the document which formally ceded the Rock to the British "in perpetuity".

Instead it bases its argument on territorial integrity, calling Gibraltar a colonial relic (hypocrisy you may cry, but don't worry, we'll get on to that point).

Knowing that its legal case is weak, the Spanish government also refuses to acknowledge Gibraltar's territorial water, or its airport which is built partly on reclaimed land and on the isthmus, which was not explicitly covered by the treaty.

@David Leslie: Was listening to Gibraltar today. Voted for remain. Economy is dependent on EU+tax haven status. Hand over to Spain? Or just pay welfare?

@radio4 Haha #radio4 are hilarious in their attempts at promoting #remain.Meanwhile, on planet earth #Gibraltar waves to Spain saying adious

RT @bethanydxx: One way flight is booked ✈️ ready to live in Spain and for a new job in Gibraltar ☀️☀️

RT @lross1234: @GrayInGlasgow Republic of Ireland could single handedly veto any EU deal with the UK - and you thought Spain had us over a…