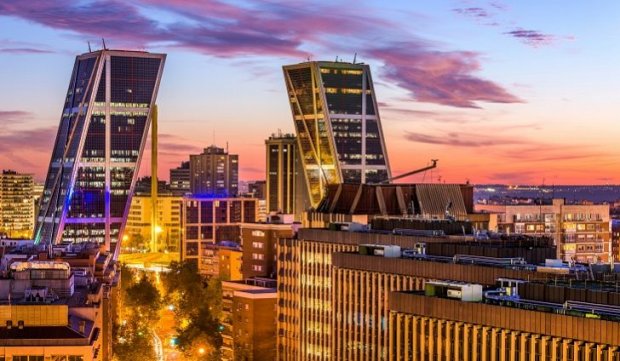 Spain is one of the oldest countries in Europe located on the beautiful Iberian Peninsula. Spain is also one of the most populous countries in Europe with around 46 million people. Spain is a country with a low and flat coastal plain around its vast coastline surrounded by the Mediterranean Sea and the Atlantic Ocean. The interior of Spain is a rugged mix of hilly regions and tall mountain ranges. Spain is also a very urbanized county, with almost 80% of the population living in urban areas, while the remaining 20% of the country live in the rural parts of Spain. Roman Catholicism is by the dominate religion in the country, with around 77% of the population adhering to the religion. The major Spanish ethic groups that make up the country's population are Castilian (74%), Catalan (17)%, Galican (6%) and Basque (2%).

Valencia is the capital city of the autonomous region of Valencia and the third largest city in the country. A majority of the population is Valencian but in recent years the population of immigrates from other countries has shot up to be almost 10% of the population. As is the case for most of Spain, a majority of the people in Valencia follow the Roman Catholic religion. Valencia is a major center of in Spain, though not as big as Barcelona or Madrid, and is home to the port of El Grao which is one of the most used ports in the world. El Grao handles around 20% of the countries exports and is the source of may jobs for the people of the city.

Barcelona is the capital city of the autonomous region of Catalonia and the second largest city in the country. A slight majority of the population in Catalan, with the rest being split other Spanish ethnic groups and the rest being from other countries. The city also has the largest Muslim and Jewish populations in all of Spain. Around half of the population is Roman Catholic, although there is a sizable amount of people here who adhere to Islam or Judaism, due to their aforementioned populations. It is also currently the leading city in Spain in terms of employments rate and gross domestic product. Barcelona is the largest industrial center in Spain and it also has a government presence due to its status as a capital.

Madrid is the capital city of Spain and by far the country's largest city. Most of Madrid's population is of Castilian origin. The rest are Spaniards of another ethnic group and a some amount of immigrants from North Africa, the Middle East or South America. Most of Madrid is Roman Catholic and has a good mix of people under 20 (23%) and over 60 (11%) years old. Madrid is a city that has inadequate housing and most people in the city life in apartments since they can't afford to purchase a house. In the older parts of the city apartments can lack such basic needs as modern heating an water supplies, and in poorer areas people must share community baths. Madrid is the second largest industrial center in the country, the center of national government and the transportation hub of the country.

RT @PocketTroopers: I'm finally back! I moved from one of the biggest cities in Spain to one of the smallest towns #bigchanges. 🏡 🌲🏔 ❤️ ht…