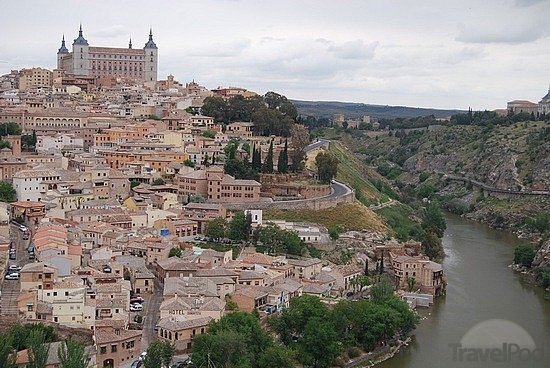 Muslim supremacy over the region began in 713 when the Visigothic region of the Extremadura, and its commercial capital of Mérida, capitulated to Muslim Governor Musa ibn Nusayr in a pitched battle. At this time Plasencia was not a major settlement, and as the Islamic rulers learned, most of the Extremadura was sparsely populated and peppered with only minor fortifications and castles. While elite Muslim Arabs stayed in the more fertile lands in Iberia, especially areas surrounding Sevilla and Cordoba, historians such as Hugh Kennedy argue that the less politically powerful Muslim Berbers were “obligated to accept inferior lands” including “less rich and inviting” northern and western Iberia (especially the Extremadura). Over the course of several centuries, as Berber and Arab Muslims settled in the region, formerly Christian Plasencia came to be dominated by a majority of Jewish and Muslim residents. In spite of the ongoing political struggle between Christian and Islamic polities, Jews and Christians, both considered by Muslims as ‘People of the Book’ (ahl al kitab) and ‘protected people’ (dhimmi), benefited from Islamic principles that guaranteed freedom of religious practice in return for political loyalty and the payment of a head tax (jizya).

From 1189 to 1196, the historical record of the city of Plasencia began to take distinct shape. Castilians remember this era as one marked by the triumphant capture and renaming of the city. For the Islamic Almohads, it was a short-term loss. The earliest historical source from Plasencia that speaks to this 12th century event is the 1579 manuscript entitled Annales de la Santa Iglesia Catedral de Plasencia desde su fundación. Dr. Juan Correas Roldán’s Annales record the re-capture and re-conversion of Plasencia from an Islamic-ruled city to one governed by Christians. An important component of the event was the renaming of the city and the regeneration of the local church leadership. Roldán declares in his annals:

In 1189, the 31st year of [King Alfonso VIII’s] rein, …and in the Province Lusitania, which the Ancients called Vetonia and we now call the Extremadura, you [King Alfonso VIII] won from the Moors…the ancient city called Ambroz. There, you established the city of Plasencia by your royal privilege (Archivo de la Catedral de Plasencia [ACP] Legajo 129, Doc. 11, Folio 2).

Approximately fifty years after the appearance of Roldán’s history of Plasencia, in 1627, Friar Alonso Fernández embellished upon Roldán’s account by drawing upon an older and critical Castilian chronicle dedicated to the aggrandizement of King Alfonso VIII. Friar Fernández’s wrote:

[King Alfonso VIII] directed his effort to building a new and divine city…and he called her Plasencia. He converted those persons living in her villages [to the Christian faith] and exalted the Pontifical Tiara.

It appears that King Alfonso VIII was not simply transforming the thriving Islamic city of ‘Ambroz’ into ‘Plasencia’, but establishing a small hamlet to be a new Christian bulwark against the Islamic south. Hence, a cultural norm placed Muslims and Christians in constant competition with one another. What most local historians of Plasencia exclude from their ecclesiastical histories is the recapture of the city by Caliph Abu Yusuf Ya‘qub al-Mansjur in 1195-96.

As if attempting to find excuses for the Christian loss of Plasencia, Friar Fernández argued that the city’s residents could not properly fortify the city (Historia y Annales de la Ciudad y Obispado de Plasencia, p. 55-56). However, Islamic sources explain that the Muslim recapture of Plasencia was a devastating Christian event. In April 1196, Plasencia’s immediate neighbor to the south, the village of Trujillo, fell, and shortly thereafter, “Plasencia, newly settled by Alfonso VIII…was taken by assault; the bishop and many of the clergy were killed and others taken as prisoners to work on new buildings at Rabat.” Not only was the Castilians’ triumphant establishment of Christian Plasencia derailed for as many as twenty-six years (through 1221), but even the details of its destruction and the fate of the clergy were either not clearly understood or misrepresented. It took an additional nine years before royal and papal authority was restored to Plasencia. On November 10, 1221, a new Castilian king, Fernándo III, “conceded and confirmed” the royal privilege that King Alfonso VIII had previously granted to the City of Plasencia (ACP Legajo 129, Doc. 11, Folio 2-3). In that same year, official papal recognition came when Castilian King Fernándo III received a Pope Honarius III’s bull confirming the creation of the Diocese of Plasencia (ACP Legajo 129, Doc.11, Folio 3-3v). Even with the restoration of Castilian monarchy of the city, its geography and people were byproducts of a hybridized past.

Geographically, early-fifteenth-century-Plasencia (the community reconstructed in Virtual Plasencia, Version 1.0) was a hub of social and commercial life in the northern portion of Extremadura (a geographic zone in western Spain). Extremaduran Jews, Christians, and Muslims and their families were integral components of the agricultural, commercial, and even property-owning

RT @DDoodlerStuff: I'd do something set in Spain but no one wants that. Everyone wants stuff happening in Manhattan or Shinjuku. Those are…

@ctcake No have signed but not exchanged contracts yet. Wouldn't mind another week in Spain got any spare places ☺

@Joe Drew: Will never get over the corrupt refereeing in the 2002 World Cup - South Korea vs Italy and Spain 😤Very last on my list of places to visit g

RT @Gangbang_Madrid: We will be doing gangbangs all summer and surely all year in Spain (our private club) in many places ... we look for m…

@DanielJHannan or livestock in EU long distance for slaughter from UK 2 places like southern france and spain, bull fighting or Veal crates?