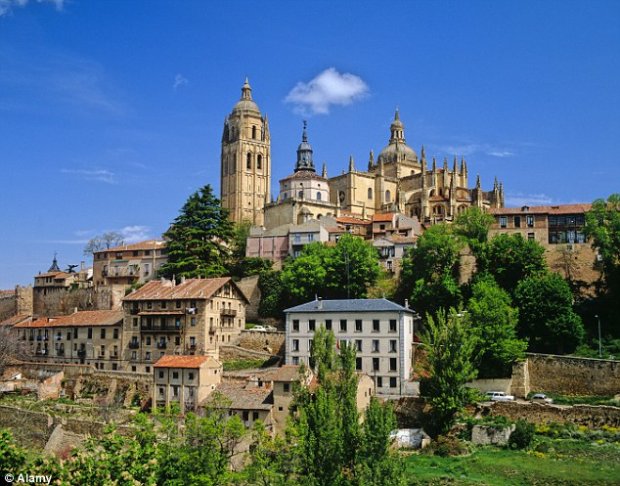 CastileSpanish Castilla, traditional central constituting more than one-quarter of the area of peninsular . Castile’s northern part is called and the southern part is called . The region formed the core of the Kingdom of Castile, under which Spain was united in the late 15th and early 16th centuries.

The name Castile—meaning “land of castles”—is first known to have been used in about ad 800, when it was applied to a small district at the foot of the in the extreme north of the modern province of . Castile expanded during the 9th century but remained a fragmented collection of petty counties, whose rulers were nominated by the kings of and Leon, until the counties were united by (d. 970), the first count of all Castile. With him the political history of Castile begins. He made the new county hereditary in his family and thus secured it a measure of autonomy under the kings of . In his time the capital of the county was established at Burgos and there was expansion southward into Moorish territory. Under the counts García Fernández (d. 1005) and Sancho García (d. 1017), Castilian territory reached to the Douro (Duero) River. Relations with the kings of Leon, still nominally the suzerains of Castile, were frequently bad.

In 1029 Great of Navarre, the son of a Castilian mother, detached Castile from Leon and on his death (1035) awarded it to his second son, who was the first to assume the title of king of Castile, as (1037–65). Later, Castile was again united with Leon (1072–1157), but thereafter the two kingdoms again separated. The political and military hegemony of Castile over Leon was established by of Castile, who forced the king of Leon to do homage to him (1188). By then Castilian rule extended far south of the and eastward to the modern frontiers of . The Leonese kings, however, never accepted Castile’s suzerainty, and of Leon consequently refused to support the Castilian king Alfonso in his wars against the Islāmic Berber dynasty of the Almohads. Thus, Castilian pursuit of its political hegemony over Leon served to weaken the Christian front against the Muslims. In 1230 , already king of Castile, succeeded to the Leonese throne and both crowns were finally united under Castilian leadership. Meanwhile, the Muslim kingdom of in Spain had been annexed by Castile in 1085, and, by the middle of the 12th century, Castilian political hegemony in Spain was an accomplished fact. European courts in the later Middle Ages frequently identified Castile with Hispania (Spain). The final Christian conquest of most of Moorish-held , in the extreme south, was carried out in the time of III.

An attempt in 1383–85 by Castile to annex Portugal by force failed, but in 1412 a Castilian prince, Ferdinand I, was successfully placed on the Aragonese throne, partly as a result of Castilian financial support and military force. This move foreshadowed the personal union of the two crowns under Ferdinand and Isabella (1479). The Spanish part of the Kingdom of was annexed by Castile in 1512, thus completing the formation of modern Spain.

RT @JuanFriJFry: @Nikoofficiel @Verratinho_Tito Madrid vs Catalogne*. "Castille vs Catalogne", if you prefer. Not Spain. That would be like…