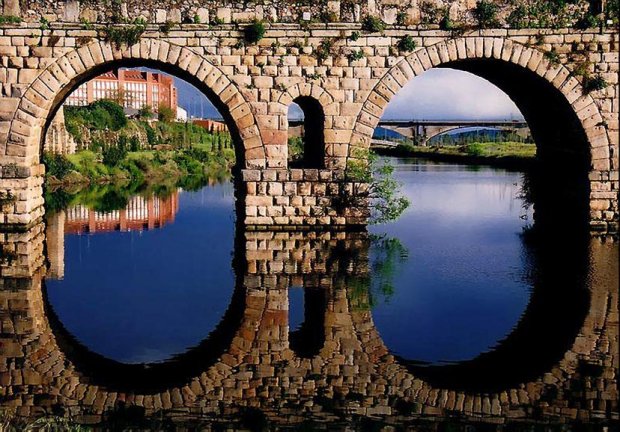 MeridaIs the capital of the Extremadura region in Spain. Founded in 25 BC, Mérida was once the capital of the Roman province of Lusitania. The city still contains numerous well preserved Roman ruins, the group of which were declared a UNESCO World Heritage site in 1993.

By bus: The station is on Avenida de la Libertad near the train station. There are fewer buses to Madrid, but connections to Seville (6-8 buses per day) are much better.

Car: The N-V superhighway passes through Merida from Madrid or Lisbon.

Roman ruins in Merida are a mixture of ticketed and free sites. At the ticket booth of any site that requires paid entry, you can purchase a combined ticket for all sites. The price is €12 and the ticket does not expire. You will also be given a map to the sites (both free and paid) around the city. Ticket sales are cash only.

RT @Spain_in_CH: What have in common these totally different places? #Spain! Such a diverse country! Amazed? #VisitSpain #Burgos #Cordoba #…

RT @spain: Before attending @Festival_Merida, you can take a walk and visit wonderful places in Mérida. :D #VisitSpain @Extremadura_tur htt…

Two races for @Bahrain_Merida today: The #ClasicaSanSebastian one-day race in Northeastern Spain and stage 1 of the #TourdePologne.